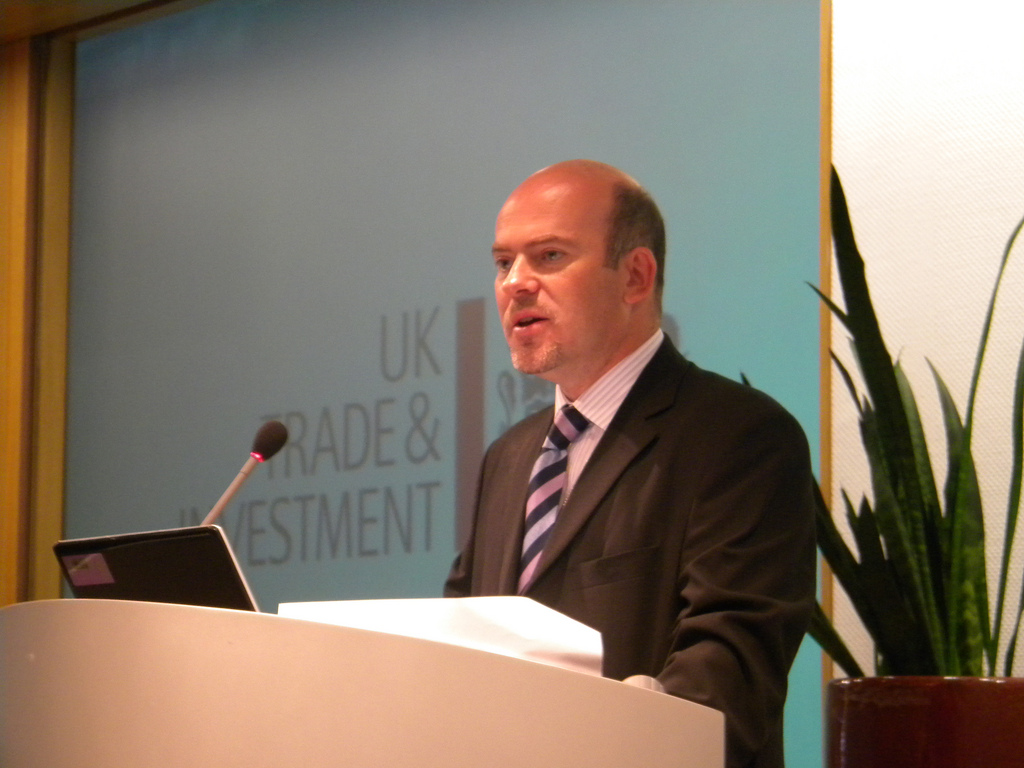 The IPC Academy Campus will take place in Rio de Janeiro between 6-17 September 2016, giving stakeholders of major sports events the chance to learn from their peers during the Paralympic Games. Delivered by the IPC Academy - the International Paralympic Committee’s educational division created in 2009 as a partnership between the IPC and the World Academy of Sport (WAoS) – the 2016 IPC Academy Campus is a unique event-based learning initiative that will include an Observers’ Programme, Games Experience Programme, Inclusion Summit and Closing Cocktail Reception.

In this Q&A, the IPC Academy speaks to Andrew Bacchus, Head of Sports Economy at the UK’s Department for International Trade, which supports UK-companies in the export of goods and services to the international major events industry among others sectors. The organisation is sponsoring the Closing Cocktail Reception at the IPC Academy Campus on 16 September 2016.

What is the Department for International Trade responsible for?

“We are a UK government department working with businesses based in the United Kingdom to ensure their success in international markets, and encourage the best overseas companies to look to the UK as their global partner of choice. Trade and Investment has never been more important to the country’s economic prospects. We help UK companies of all sizes to grow their businesses through international trade by offering expert advice and practical support through a range of programmes. We also connect businesses to the world’s top commercial opportunities and drive targeted campaigns centred around them.”

Why is the major sports event sector a key focus for you?

“The budgets for the world’s Top 50 major sporting events between 2016 and 2025 are estimated to be worth a total £230 billion. With 30% of procurement made internationally, this creates a potential export market of nearly £70 billion for UK companies. Obviously the Olympic Games is a key focus for the companies we work with, but we have been encouraging them to remember that there are also opportunities to explore around the Paralympics which we feel don’t always get the exposure they deserve.”

Have UK companies been particularly successful in securing business at Rio 2016?

What is the Department for International Trade’s history with the IPC Academy Campus?

“The UK government has  been involved with the IPC Academy Campus since the London 2012 Paralympics where we sponsored and hosted the Inclusion Summit which was a great success. Apart from the insightful programme and networking, it was an opportunity for us to make the event venue - Lancaster House - accessible for people with physical impairments for the first time ever through the fitting of wheelchair ramps for example. For Sochi 2014, we sponsored the Closing Cocktail Reception at the Campus.”

What will you be sponsoring specifically at the 2016 IPC Academy Campus in Rio?

“As was the case in Sochi, we will be sponsoring the Closing Cocktail Reception. This will bring proceedings of the 2016 IPC Academy Campus to a close on the relaxed roof terrace surroundings of the British House at the Shopping Metropolitano Barra. The reception will offer networking opportunities for all IPC Academy Campus participants and act as a ‘graduation ceremony’ for the Campus. Approximately 400-500 people will come together to celebrate the success of the Campus and will be the biggest event-learning gathering of major sport event organisers and their stakeholders ever held in the world. It really is a unique opportunity to rub shoulders with a wide range of people from the major events industry who have attended the Campus and also with industry people from Brazil and the UK who we will be inviting.”

Are you pleased with the engagement you have had from UK companies for the Paralympics and the Campus?

“Yes, definitely. We are bringing over a delegation of UK companies who are a mixture of ones familiar with the industry and others who are keen to explore new opportunities that may be linked to the Paralympics or other major events. In the coming weeks we will be working with them to ensure they get the most out of the trip and the opportunities that come within the unique environment of the Campus.”

What is your advice to organisations attending the IPC Academy Campus for the first time?

“What was great about the last Campus was being asked to stand up at the beginning of the Games Experience Programme and to go and speak to five new people that we had never met before. That was a great ice breaker and really got people integrating. Often people attend events like these and spend the whole time speaking to people they know already and that can be a wasted opportunity to not only to make new friends of course, but also to source new business opportunities. My advice for anyone attending Campus is to make the most of networking with the wide variety of people there and also to learn what you can from the experts who will be hosting the various elements.”

The IPC Academy Campus will take place in Rio de Janeiro between 6-17 September 2016.